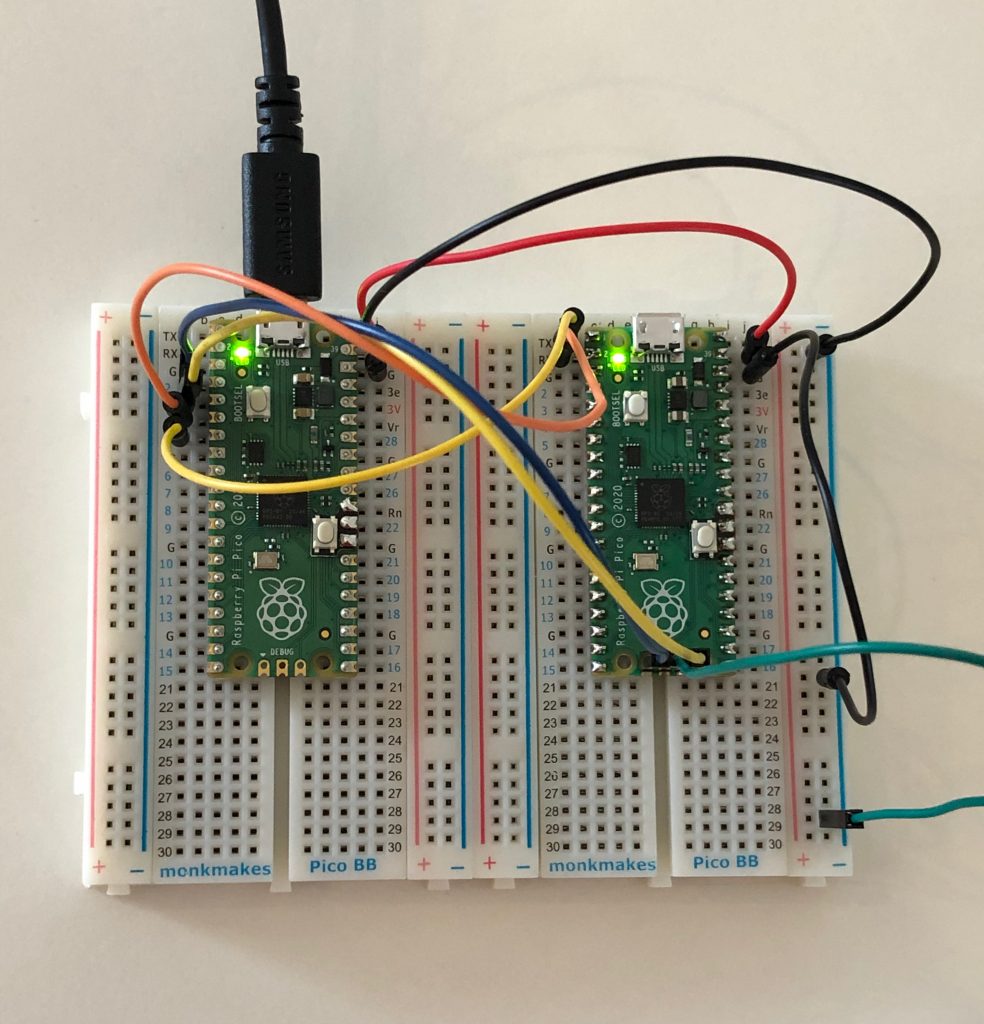 I ❤️ the Raspberry Pi Pico and think this is the best microcontroller since the AVR! My history with microcontrollers go back to the late 90s using PIC16s followed by AVR ATtiny/mega (Arduino etc.) as I dabble with Electronics from time to time.

I don’t think it has ever been this easy to use a microcontroller as it is with the Raspberry Pi Pico. Trust me back in the late 90s you had to etch your own PCB and build a PIC programmer if you were on a budget. Now for £3 you can buy an incredibly powerful microcontroller and program it just by plugging it into a USB port. 🤯

In this guide I will show you how I have setup my Mac running macOS Big Sur and is able to build and debug C/C++ code on a Raspberry Pi Pico. The reference material I used can be found at the bottom of this guide.

I prefer to use homebrew as my package manager on macOS, doesn’t everyone nowadays? 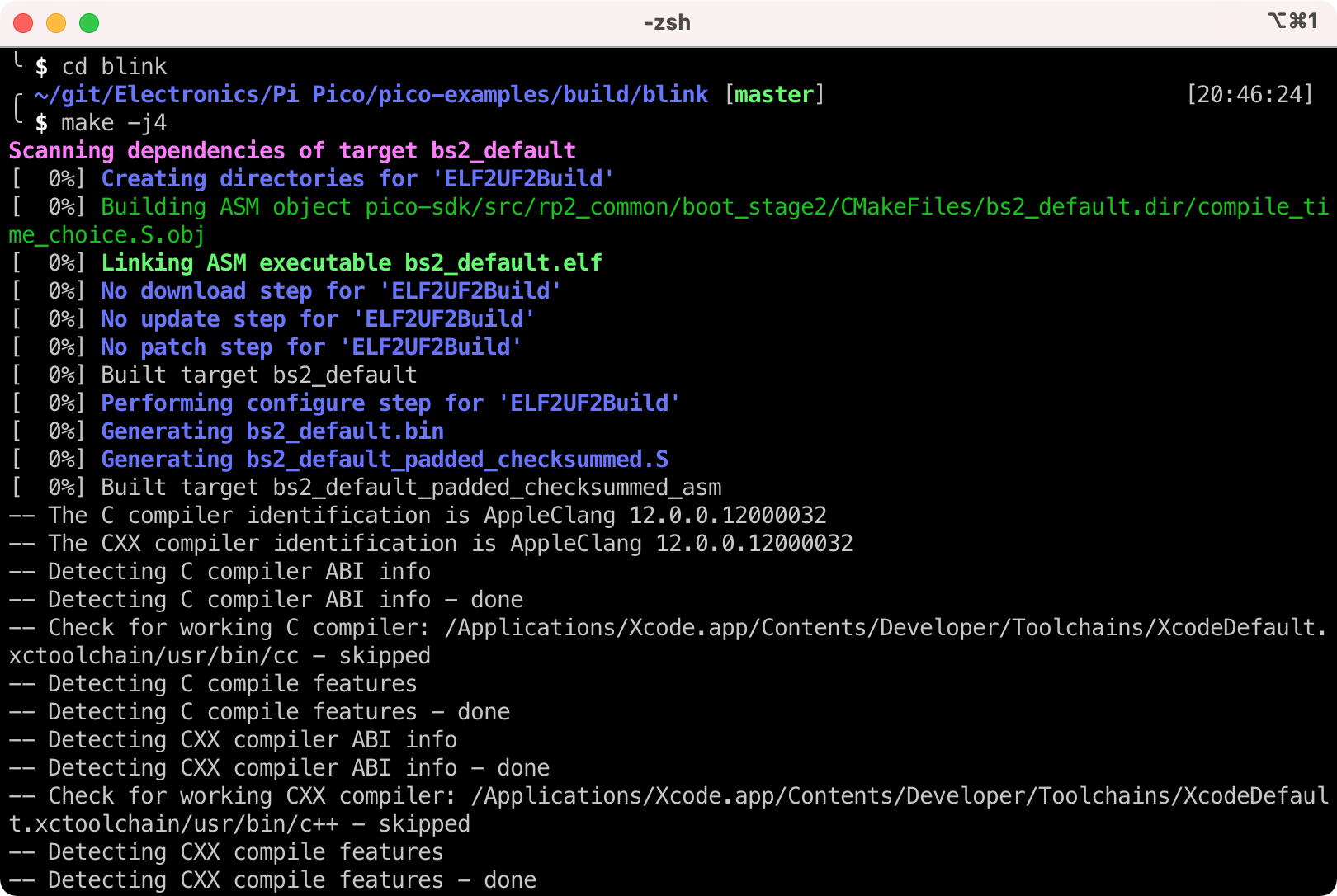 OpenOCD (On Chip Debugging) is used to translate commands from gdb (debugger) to SWD (debugging interface provided by the ARM chip) and can also be used to flash a new program on the Pico without having to do the unplug + BOOTSEL tango.

NOTE: I will be using picoprobe since I am on a Mac. This requires having one Pico running the picoprobe program that is connected to the actual Pico to be debugged. See Appendix A from the official guide.

picoprobe is used to connect the Mac via USB to the Raspberry Pi Pico that will then be attached to the Pico that is being debugged. If you are using a Raspberry Pi, then you can just connect via the GPIO pins and not need the extra Pico in the mix.

You can download a precompiled uf2 of picoprobe, however I will be building from source.

Wire up the two Picos

See Appendix A: Using Picoprobe from the official getting started guide for the wiring diagram.

(Image from the official guide) 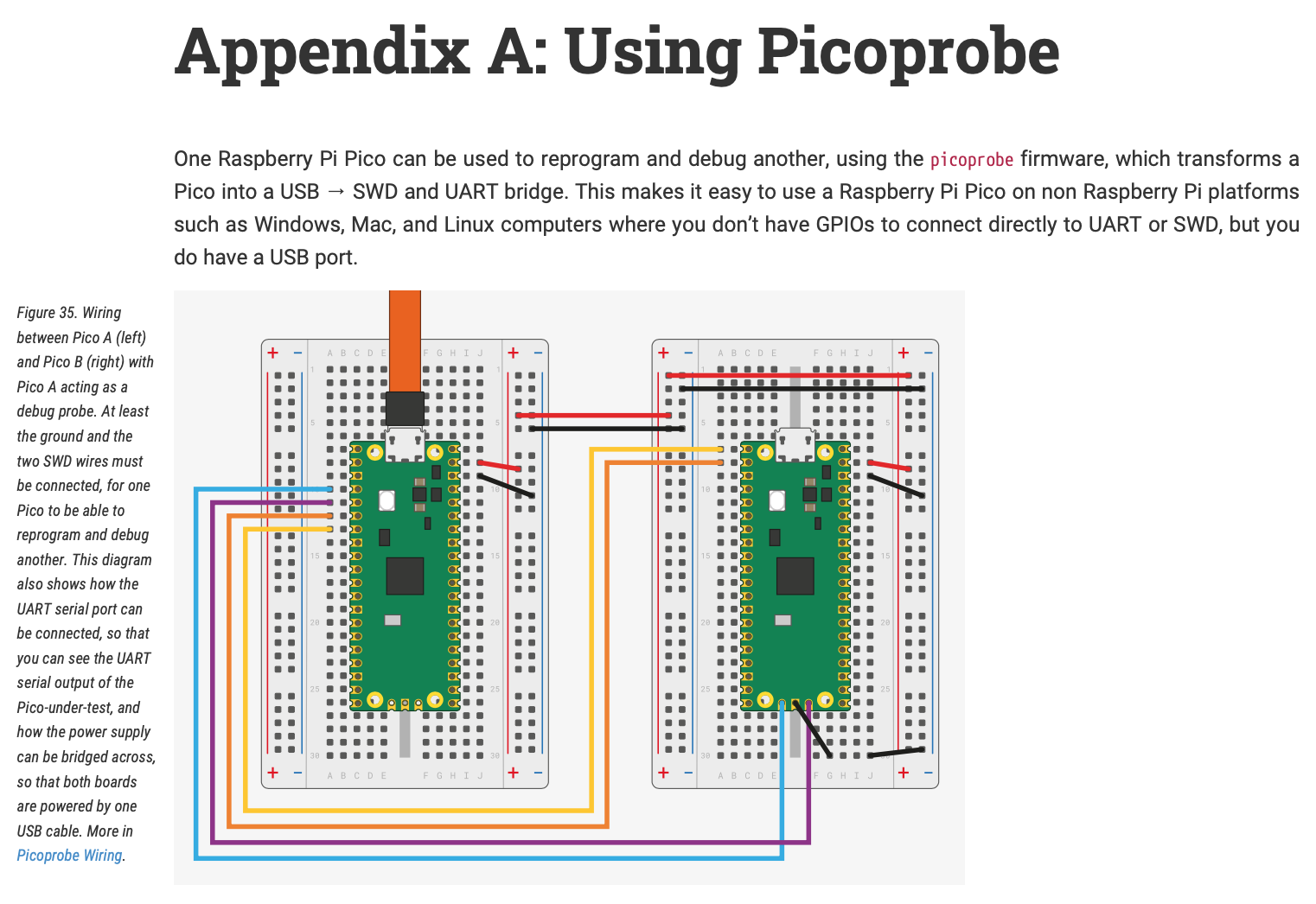 You don’t need this if you are only going to be using Visual Studio Code for development and debugging. However I wanted to confirm that everything is working from as lower level (away from IDEs) as possible. 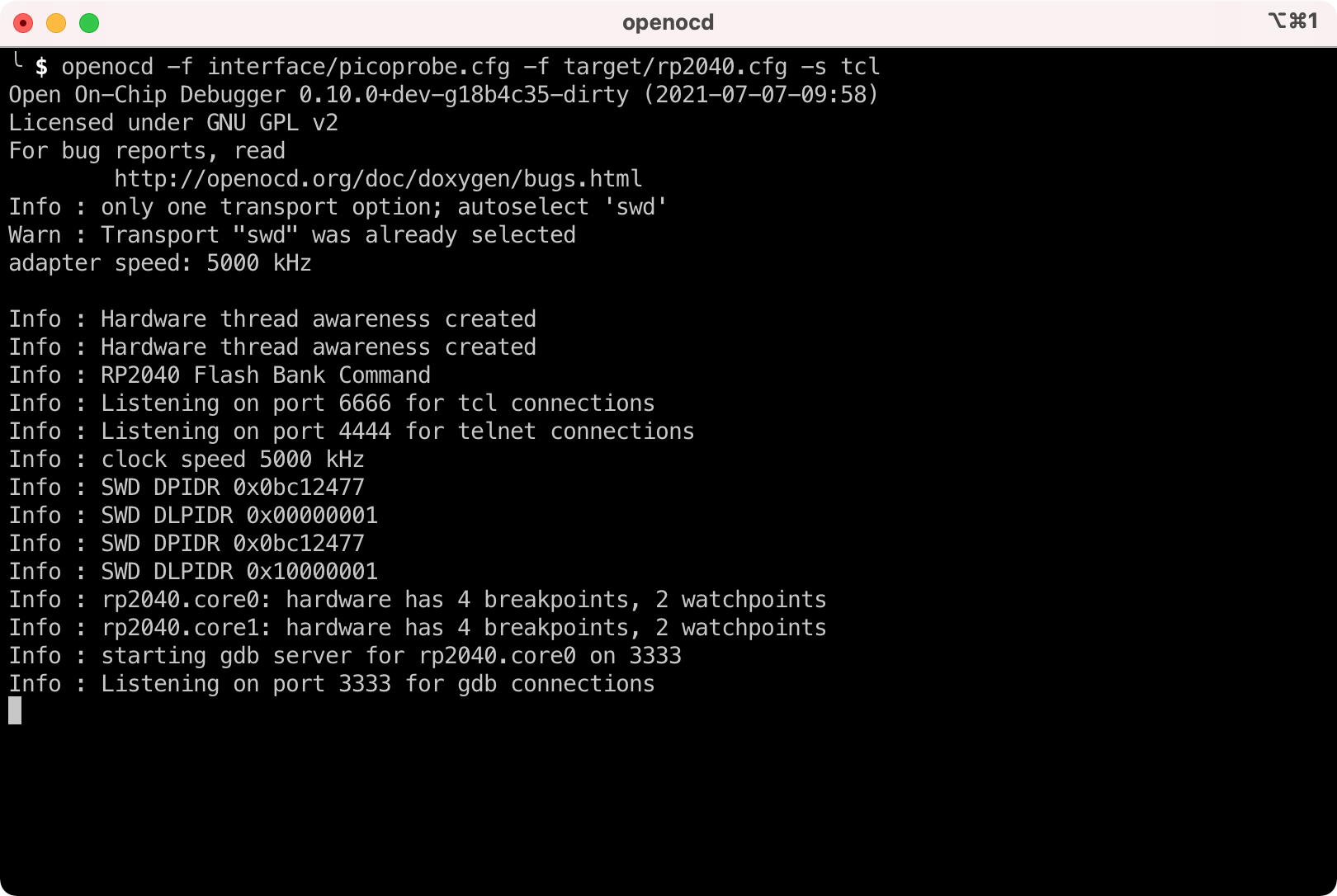 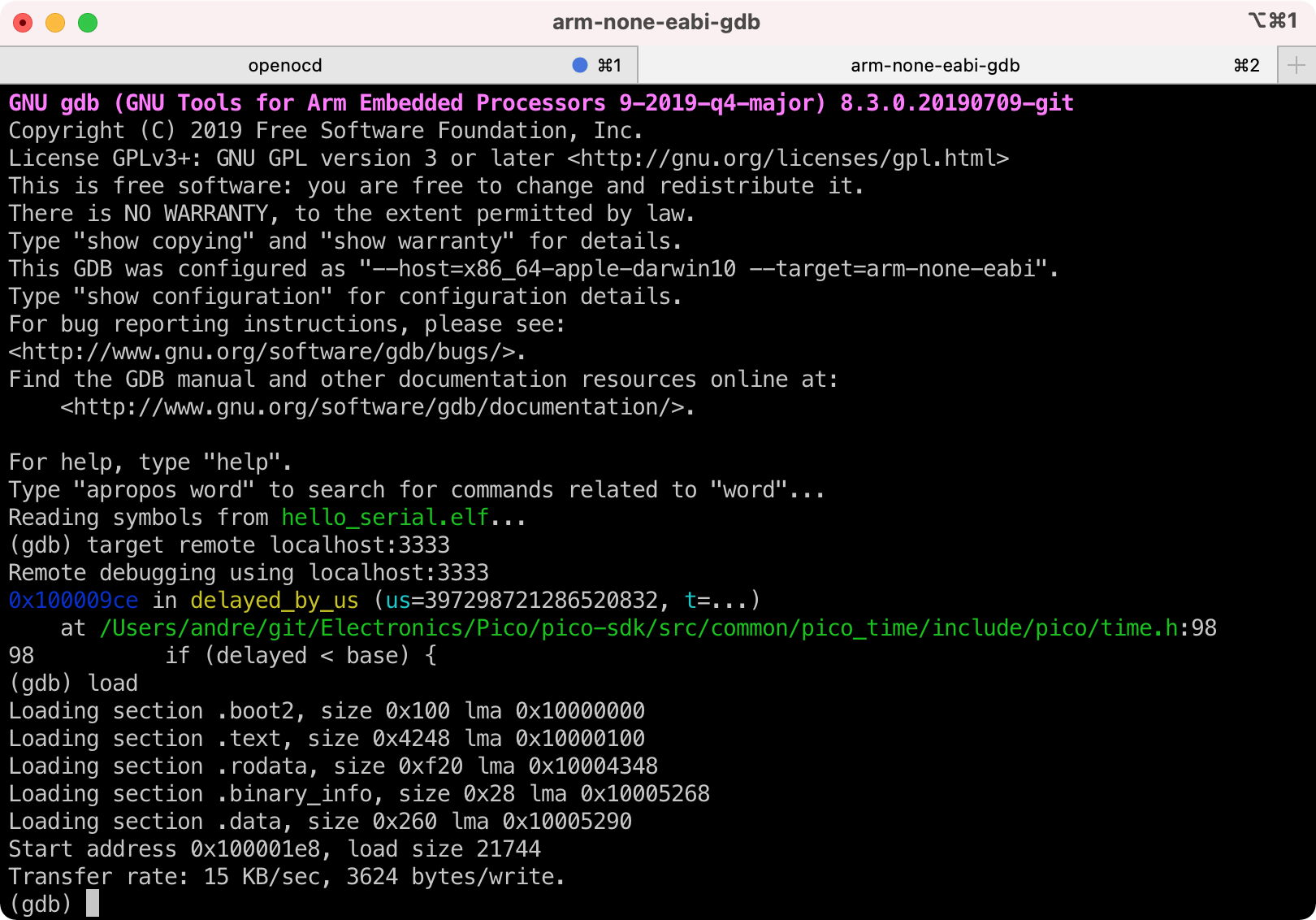 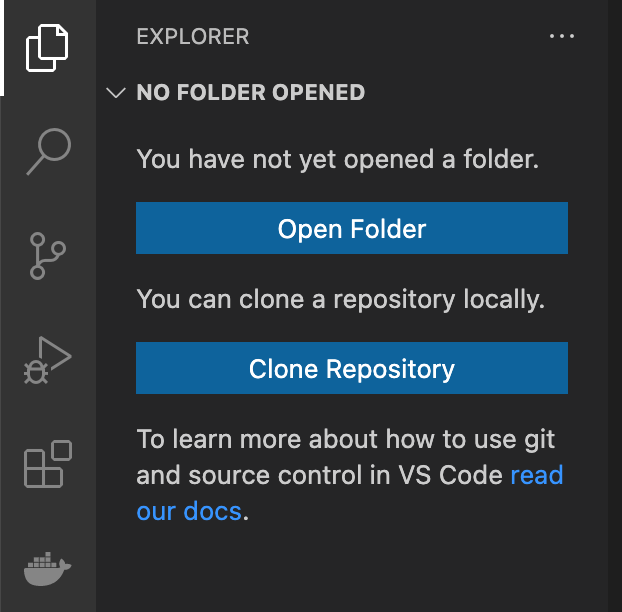 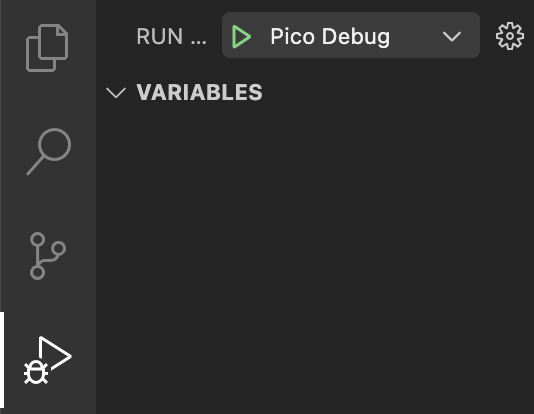 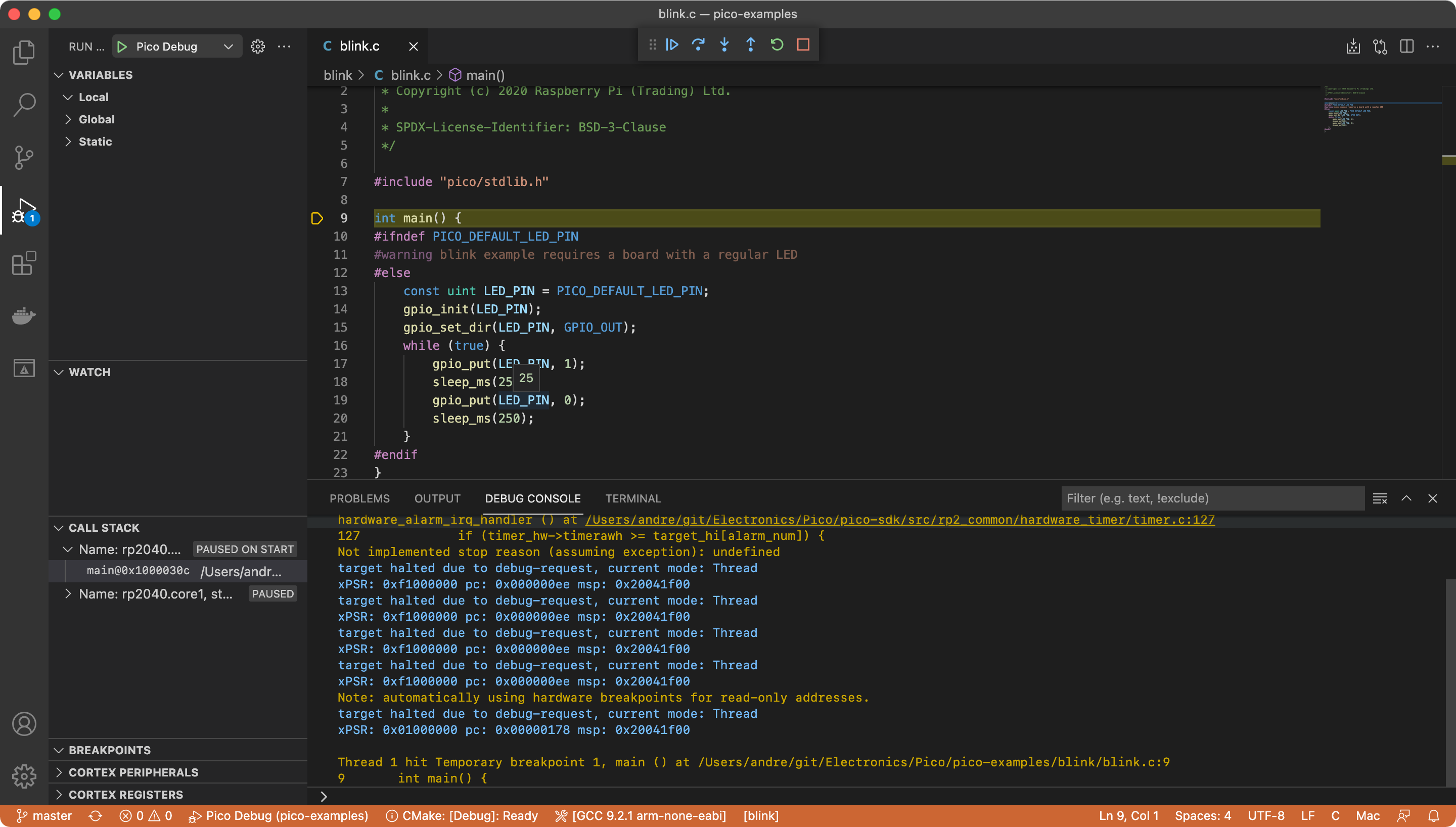 Congratulations! 🥳 🎉 You can now build, run and debug a Raspberry Pi Pico from you Mac (hopefully).