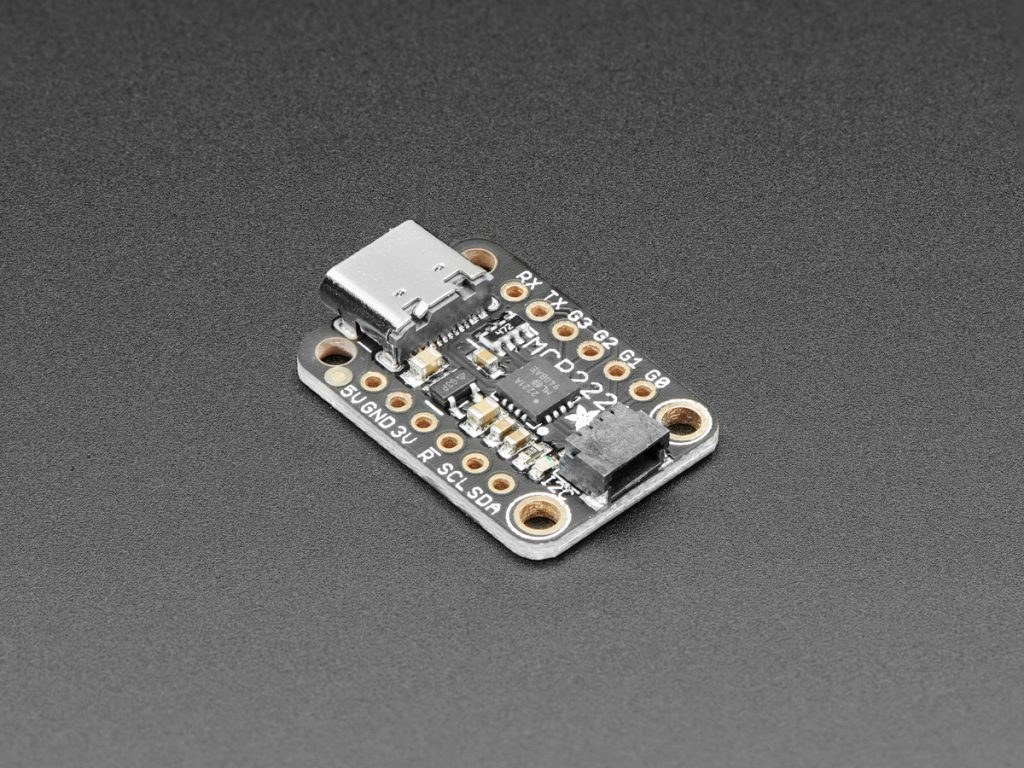 I came across the Adafruit MCP2221A breakout while I was ordering some components from The PiHut and what makes this little board amazing is that it allows you to connect a computer directly to I2C devices and thus skip the "middle microcontroller".

The MCP2221A allows you to connect via USB to an I2C bus and also comes with 4x GPIO, 3x ADC and one DAC.

My plan is to use this for testing various I2C devices as well as write the initial software I require directly and then convert it over to the controller of my choice later.

You can buy them from the following links:

I will be following Adafruit’s guide on how to set this little fella up on my Mac and most of the code examples come directly from them.

First test is to just do the classic hello world of Electronics and that is to blink an LED. I will be building the circuit from Adafruit. 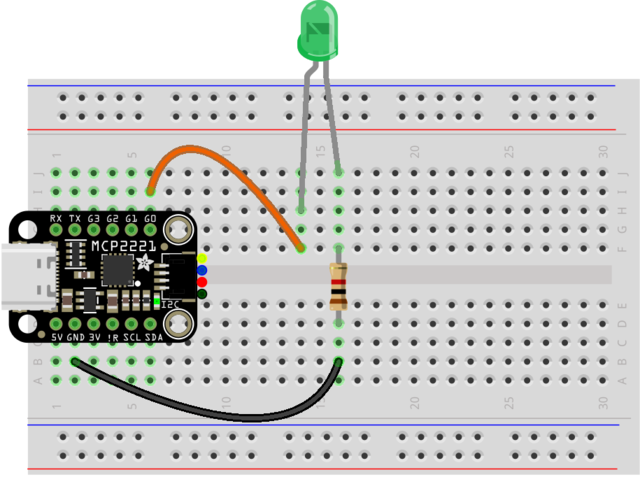 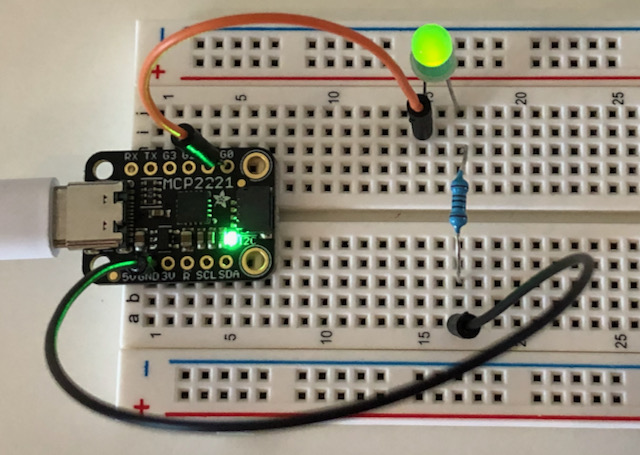 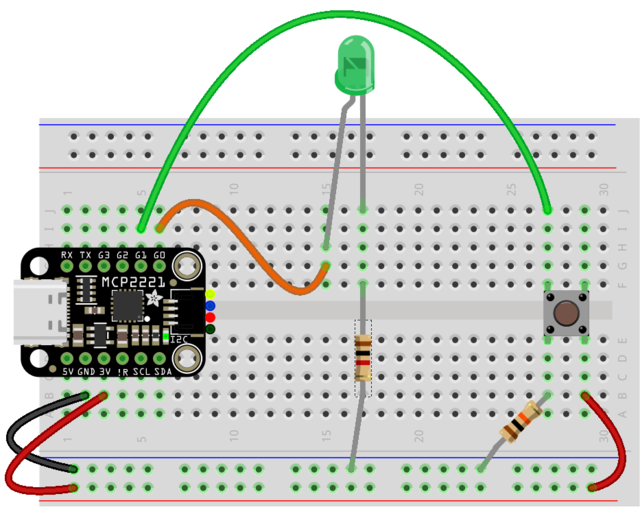 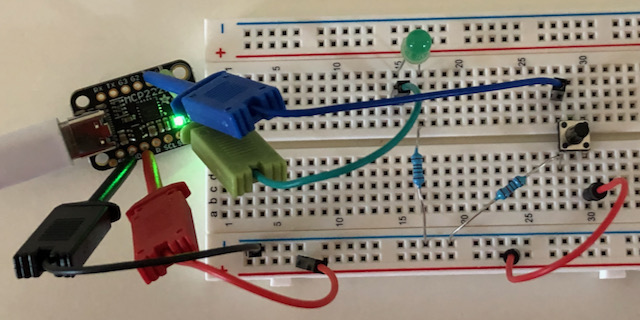 Soldering on the headers

There is only so much I can fiddle with test hooks before I end up shorting pins and blowing the board up. Time to solder on the supplied header pins.

The Adafruit board nicely came with male header pins and it was only a matter of breaking off 2x 6 pins and I still had 4 pins left over for another project.

Using a breadboard to solder on headers is the best trick in the book! 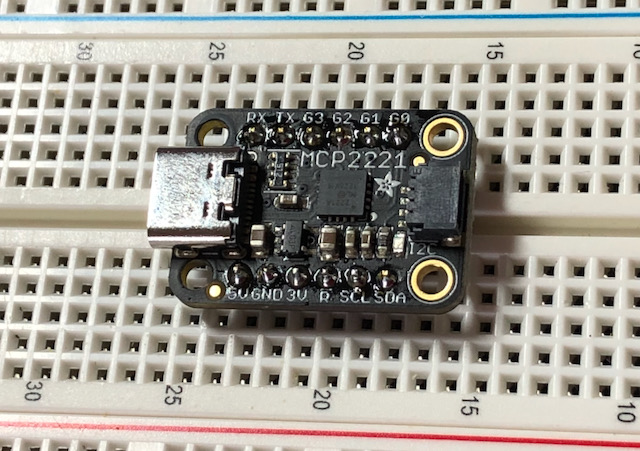 After that I reconnected up the blinking LED circuit to test I didn’t fry any non starchy chips in the process. Hooray it all still works!

It is so handy that this little board comes with 3x analog inputs.

To test the analog signal I will be following the Adafruit example of setting up a voltage divider that you can control through a potentiometer. Their example used a 10K pot whereas I will be using a 100K one that happen to have lying around here used in previous experiments. 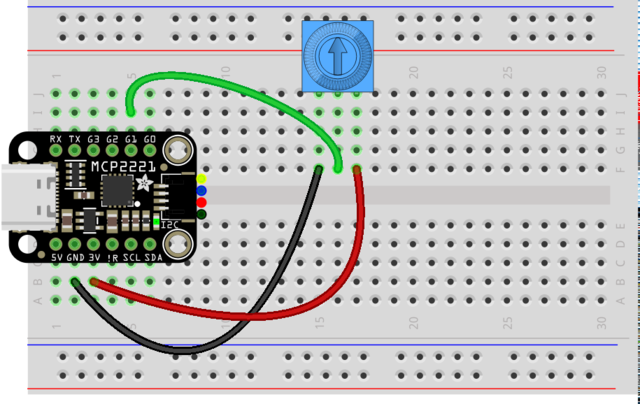 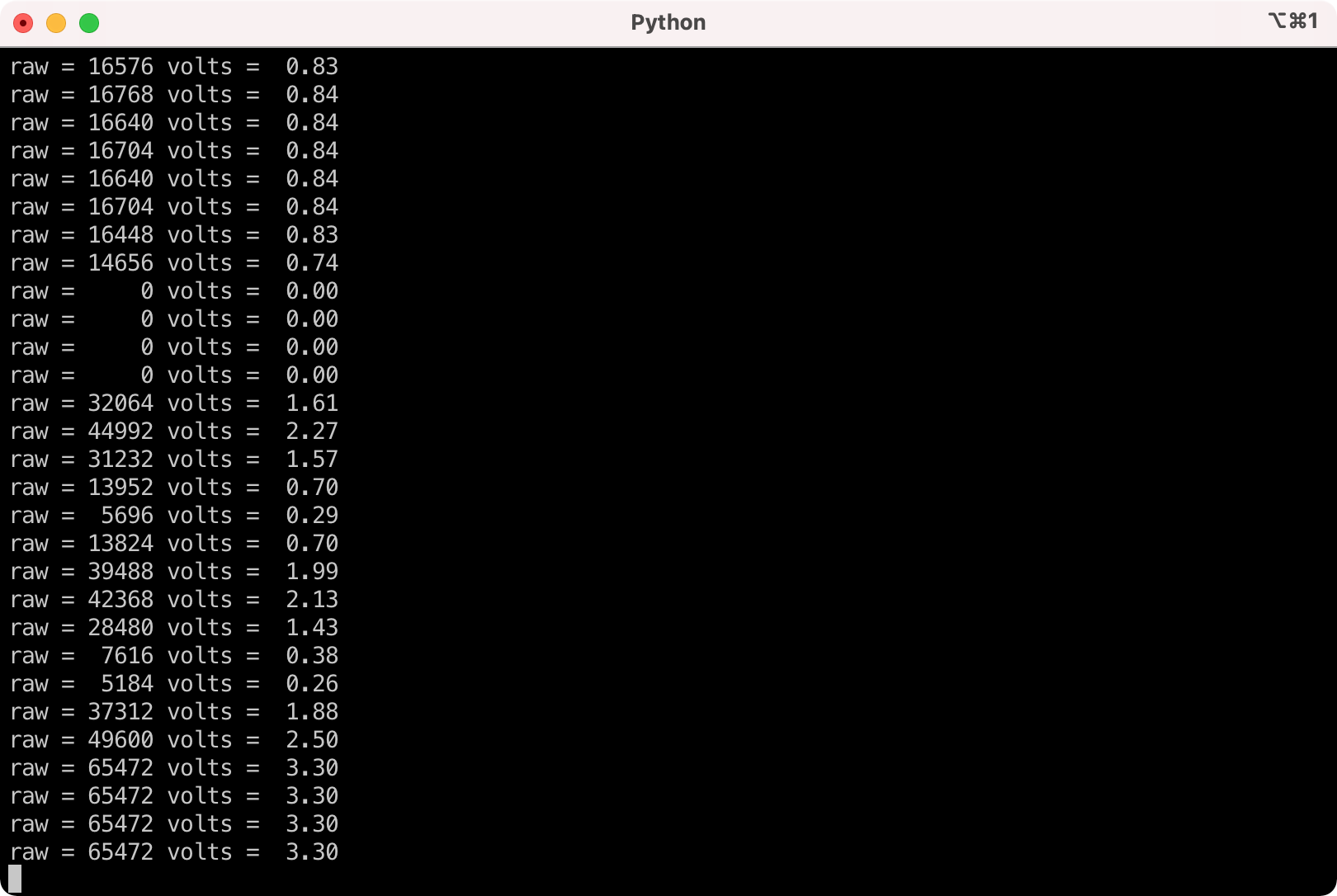 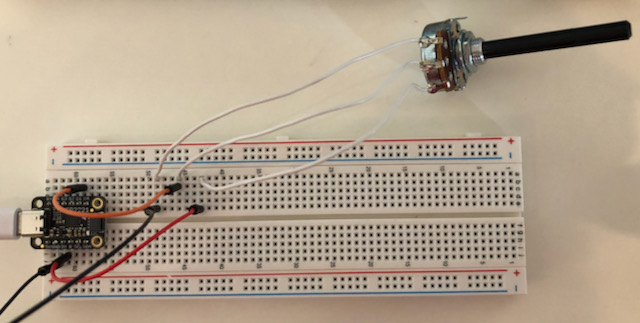 Adafruit has a really nice tutorial about I2C and an example of how to scan for connected I2C devices.

I connected a Grove-16×2 LCD that came as part of the Grove Starter Kit for Raspberry Pi Pico using an Adafruit Grove to STEMMA QT / Qwiic / JST cable. 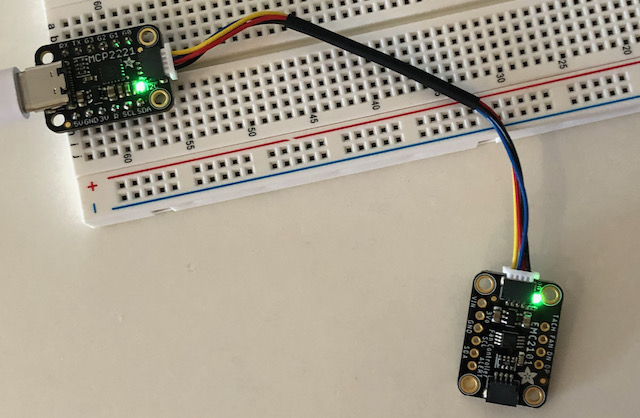 I am really liking this Adafruit MCP2221A breakout board! Being able to connect I2C sensors almost directly to my Mac is a dramatic speed up in testing and learning about different modules I want to use in my projects. Think I will order a couple more of these guys.